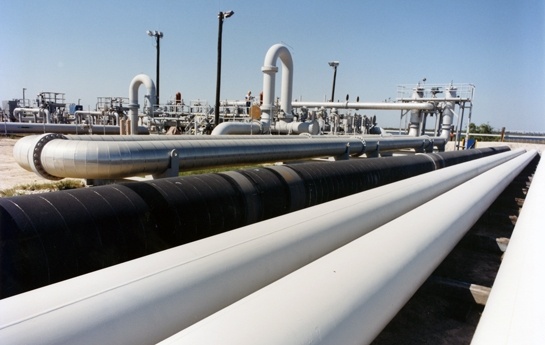 Underground storage tanks are a mainstay of industrial and retail fueling  operations. Used for everything from storing fuels and water to industrial chemicals, there are more than 555,000 of these tanks - also known as USTs - buried throughout the U.S.

Our team at Shield Engineering frequently works to identify the presence, mitigate the risks, and remediate contamination of underground storage tanks. Here are five things to know about these ubiquitous pieces of industrial equipment.

According to the EPA, USTs are only required to have more than 10% of their combined volume underground to be considered as such. In fact, most underground storage tanks are not entirely underground, with the exception of petroleum storage containers.

USTs are governed by a set of federal regulations.

These regulations, revised every few years, pertain to everything from the maintenance of to the measurement of USTs. The most important and complex regulations are those that govern installation of new USTs and those regarding the hazardous substances often stored inside, and the risks thereof.

The number of tanks has decreased significantly.

Since the federal regulations were put in place in the 1980s, the number of USTs in the United States has sharply declined from over 2.1 million to just over 555,000 today. The government attributes the fall to the number of substandard storage tanks that were subsequently closed after the regulations went into effect. There are an estimated 10,000 tanks containing hazardous substances still in use today.

Responsibility for the UST falls on the owner or operator.

In some cases, the owner/operator of a UST becomes so unknowingly when purchasing a parcel of land on which insufficient due diligence was been done. It is the responsibility of an owner/operator to register the tank with the appropriate authority (both state and federal), to meet leak detection requirements within regarding the material stored inside, and to meet spill, overflow, and corrosion-protection requirements on an ongoing basis.

The number of leaks is far, far higher than you might suspect.

USTs are so heavily regulated because, historically, they’ve been particularly susceptible to leaks. As of 2017, over 530,000 confirmed releases had been reported to the EPA, with cleanup completed or underway on most. Many of the most complex Brownfield projects in the country are further complicated by the presence of hazardous material storage tanks.

Underground storage tanks are always unique. The stored substance(s), the subsurface materials, and especially the material of the tank itself all play a role in a tank’s risk to the local environment - our team at Shield Engineering has seen it all.

Our experienced professionals have worked on hundreds of  sites to address issues with USTs. If you’d like more information about our work with storage tanks or elsewhere in the Environmental Engineering field, reach out to us today.